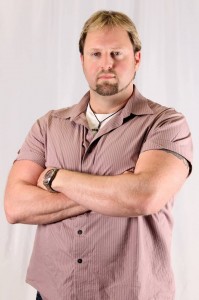 Eric A. Maskell is a Texas attorney with a flair for the dramatic. He is an author, theater critic, actor and attorney living in the DFW area.  Eric graduated from the University of Texas at Arlington in 1998 with a Bachelor of Arts degree.  He was a member of the Alpha Chi National Honor Society and Member of the Golden Key National Honor Society.  Eric received his Juris Doctorate in 2003 from Texas A&M University School of Law (formerly Texas Wesleyan University School of Law) where he was on the Dean’s List, a member of the Moot Court Honor Society, and Phi Delta Phi Fraternity.  He has been admitted to practice before the United States Supreme Court and the State Bar of Texas. Eric’s debut novel, The Veil, is currently available and he can be seen in several plays, short films and movies.

The Veil is available for purchase at Smashwords & Amazon.